So, what’s the story with these AGA jokers?

Well, we’ve created a new championship this season that can be won by both the boys and the girls, and we’ll be taking it to every region of Britain. To give it a twist we have introduced the AGA jokers, which were designed and painted by a very talented colleague of mine, Silvena Toncheva (she’s also a great photographer). 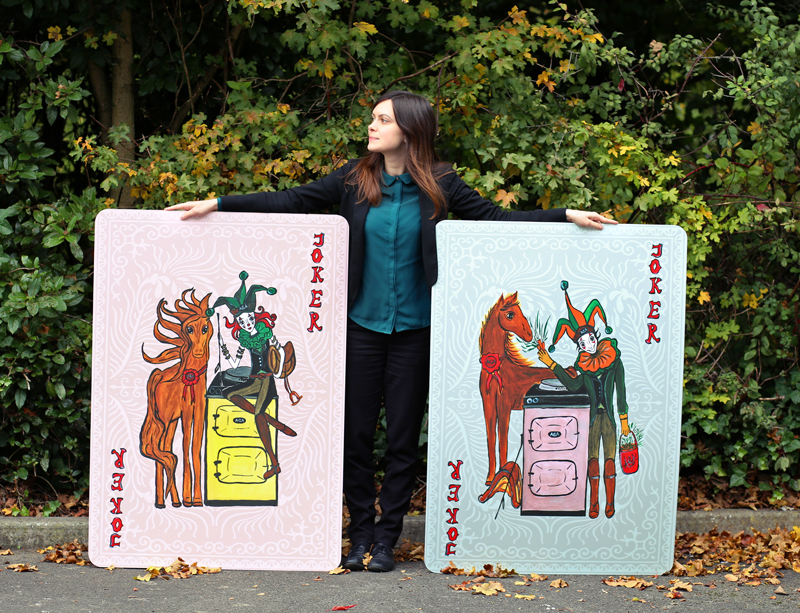 The (very talented) face behind the jokers, Silvena Toncheva

The championship consists of 20 fixtures and at each of these fixtures there will be a leading rider award. This will be won by the rider who accumulates the most points on the day. Every race on the card counts, and points are awarded as follows: 1st – 10pts, 2nd – 6pts, 3rd – 4pts. The twist involves the AGA Joker, which can be played twice during the season and which will double any points that are scored.

During the past few weeks the jokers have been out and about in the point-to-point and racing community, and they also featured at the Point-to-point Authority Press and media Day last week. As you can see from the photos, the reaction has been fantastic and the jokers will be out and about throughout November as we continue the build up to the first AGA fixture at Barbury Racecourse on December 6th.

The jokers also have the seal of approval from the jump boys, including Sam Twiston-Davies, number one jockey to Britain s champion jumps trainer Paul Nicholls

You wouldn’t bet against Jane winning another AGA! 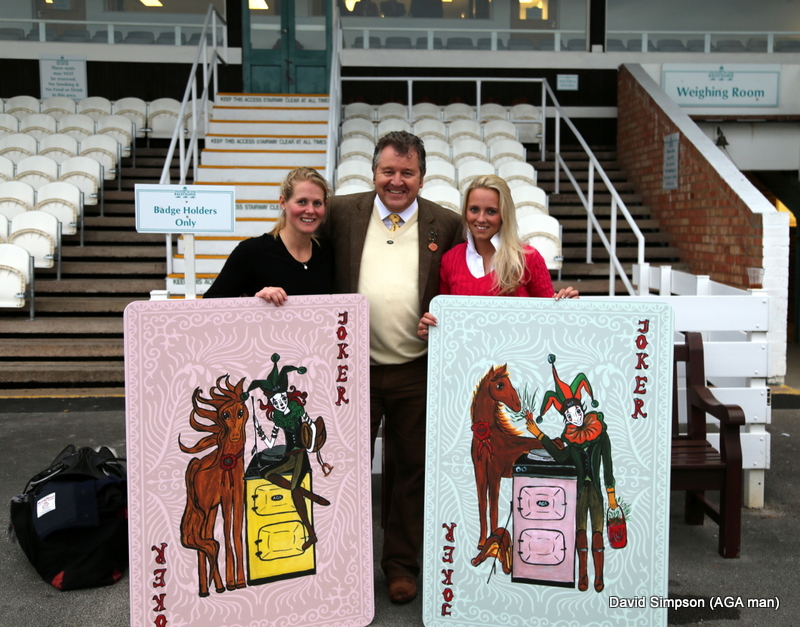 The most successful AGA lady ever, Jane Williams, the AGA man and Brodie Hampson

Who’s this hiding behind the jokers?

National ladies champion, Gina Ellis came within a whisker of winning the AGA last season, and you can bet that she will be going all out to win it this time around!

Sam Davies-Thomas will be fancying his chances of bagging the AGA, especially with the recent news that some of his fellow South Midlands jockeys are hanging up their boots!

There is a theme to these jokers by the way, the pink one is for the boys and the yellow one for the girls – although it is rather obvious if you look closely!

The Point-to-Point Authority Press and Media day took place at Stratford last Thursday (29th October) and it provided an opportunity for all of the National Sponsors to give an update on their plans for the new season. It also provided me with an opportunity to show off our jokers! 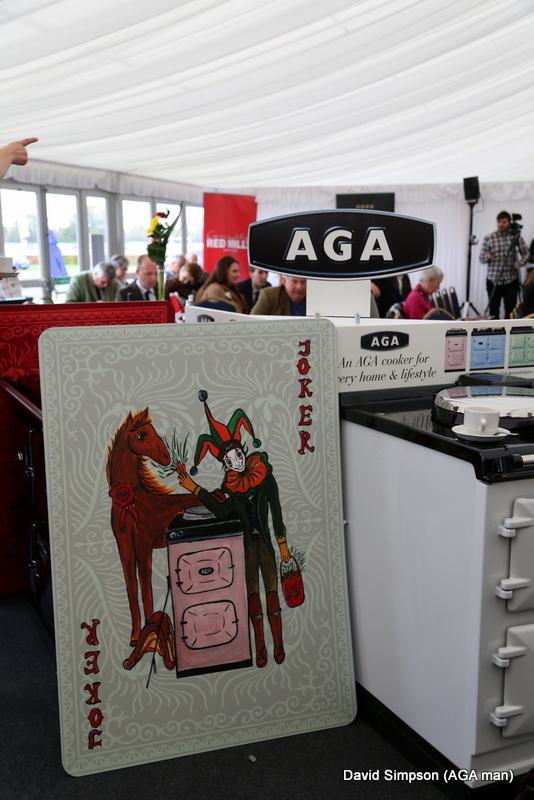 PPA Press and Media Day – a pink joker for the boys!

PPA Press and Media Day – a yellow joker for the girls!

Minty was first up to tell everyone about the recent changes, as ever, Luke Harvey did a fantastic job as compere

We’re heading into our sixth and final year as a national sponsor and I’ll be very sad to step away from my involvement as I’ve thoroughly enjoyed being the front man and driving force behind our sponsorship project, however, as I told the audience, I’ll be a point-to-point horse racing ambassador for life! 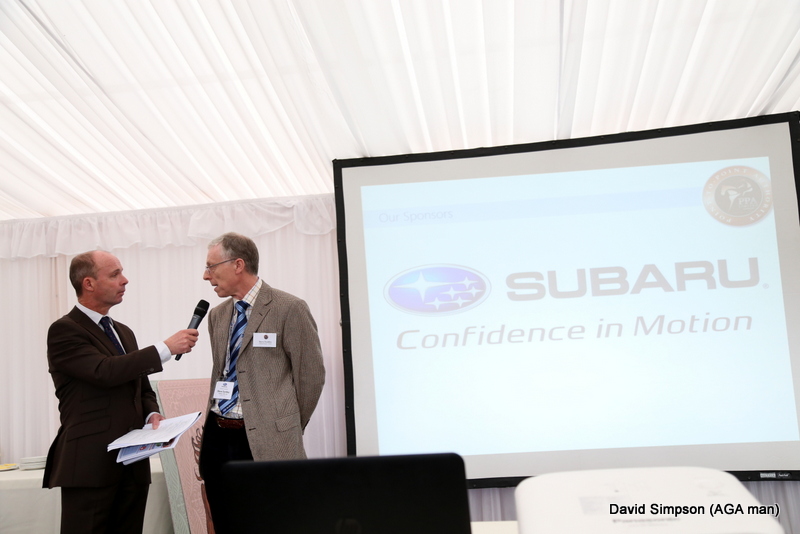 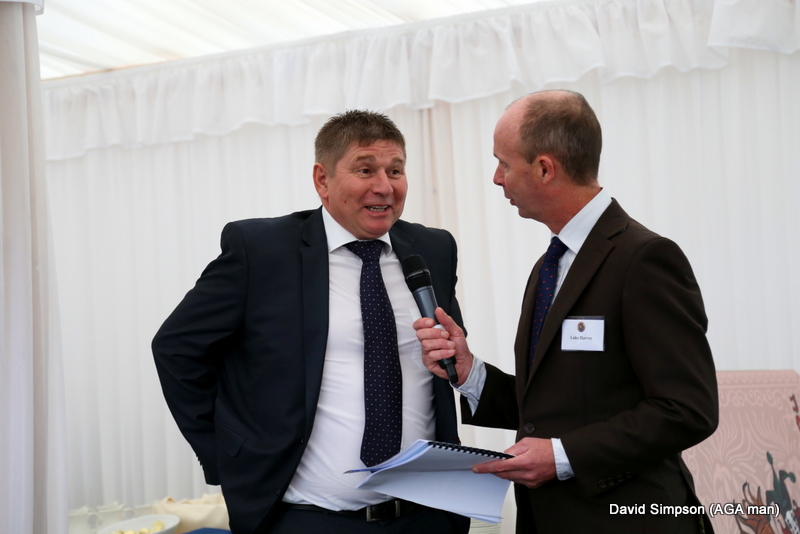 The chap on the left needs no introduction, he’s the man behind the Connolly’s sponsorship and there’s not many people in the pointing community who haven’t heard of Dai Jones!

It was my turn next and the introduction from Luke Harvey made me smile, he said “this will be the easiest interview I’ve ever done”, although I think he has surpassed that today (Tuesday, 2nd November) when he interviewed Mattie Batch after the ‘Stable Stars’ Coming Soon On attheraces.com Novices’ Handicap Chase, from Plumpton. 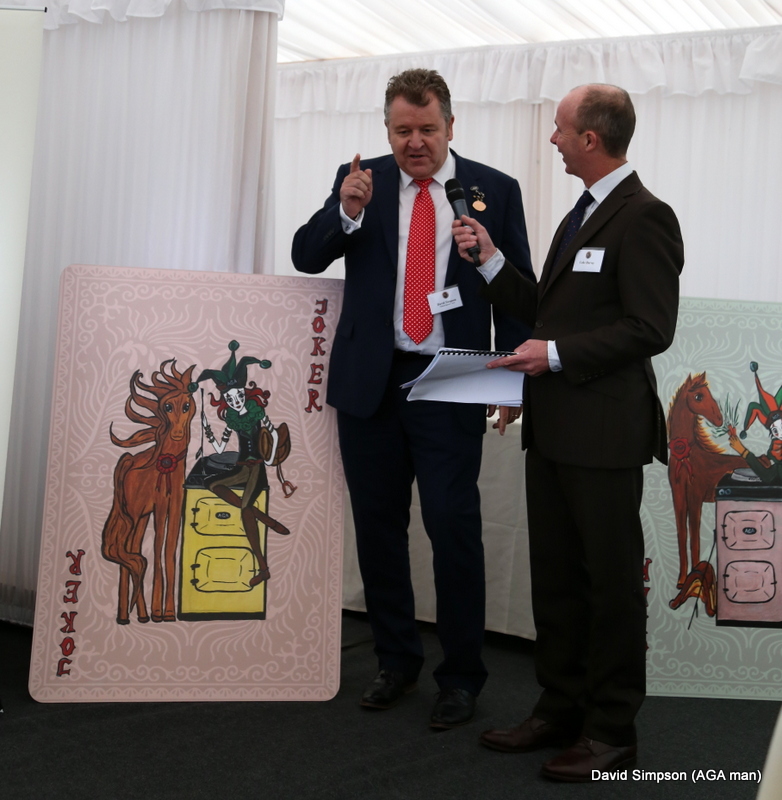 More gesticulating from the AGA man!

It’s a great line-up of sponsors and there’s lots to look forward to, particularly for AGA and Subaru, as we have some great ideas for some reciprocal marketing – and not just in the point-to-point community. 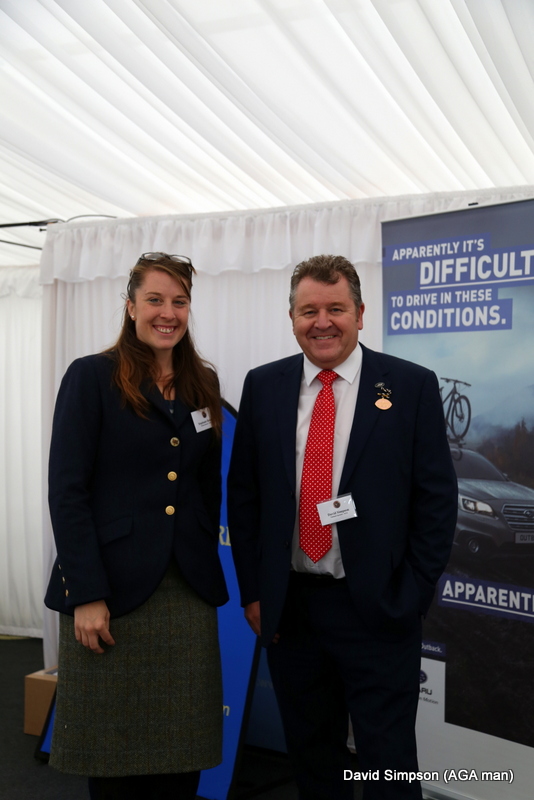 Steph and the AGA man with some strategically placed branding!

A surprise guest was Victoria Pendleton, who is Great Britain’s most successful female Olympian, she is also an incredibly nice person.

Point-to-Point horse racing rarely, if ever, makes it onto the sports pages on a national level, but Victoria Pendleton puts it on the news pages. That’s pretty impressive! 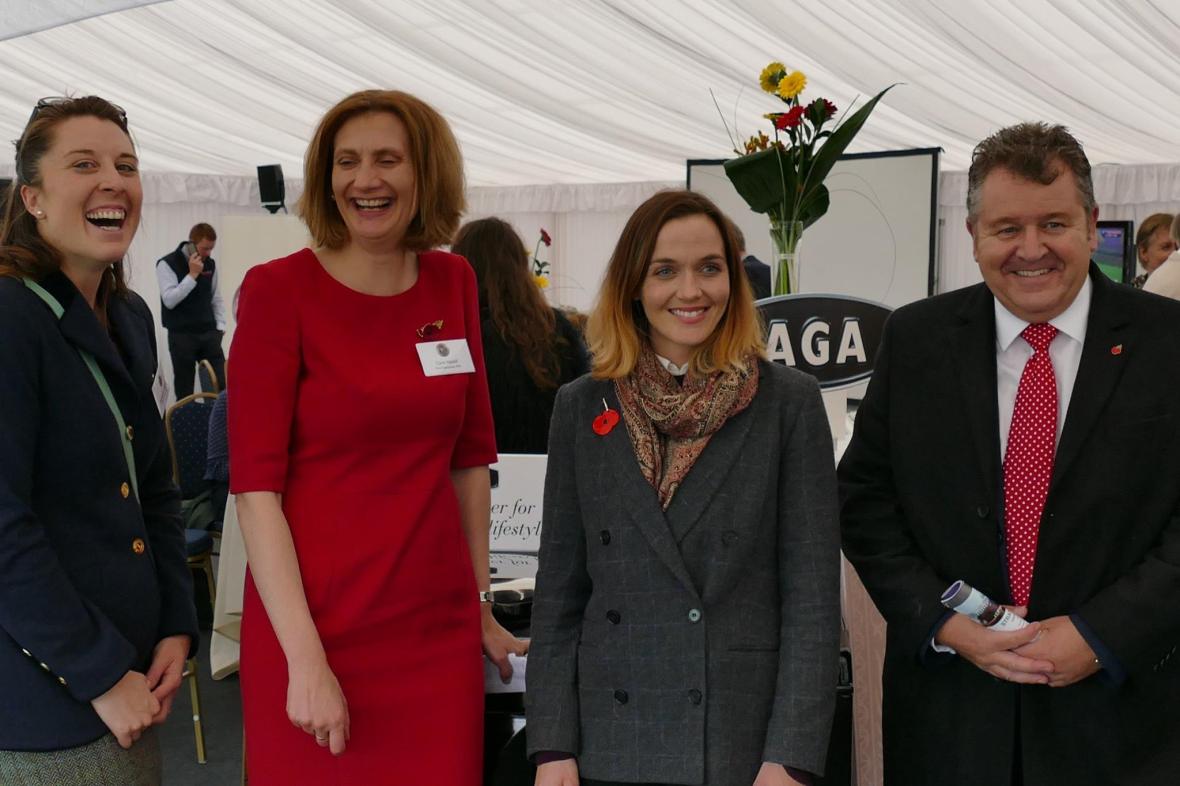 The day was also about meeting some new contacts – including the two newest members of the PPA team (Becci and Cara) – and catching up with people not seen since the end of last season.

L-R: Becci Thompson, AGA man, Clare Hazel – the joker is in the middle… 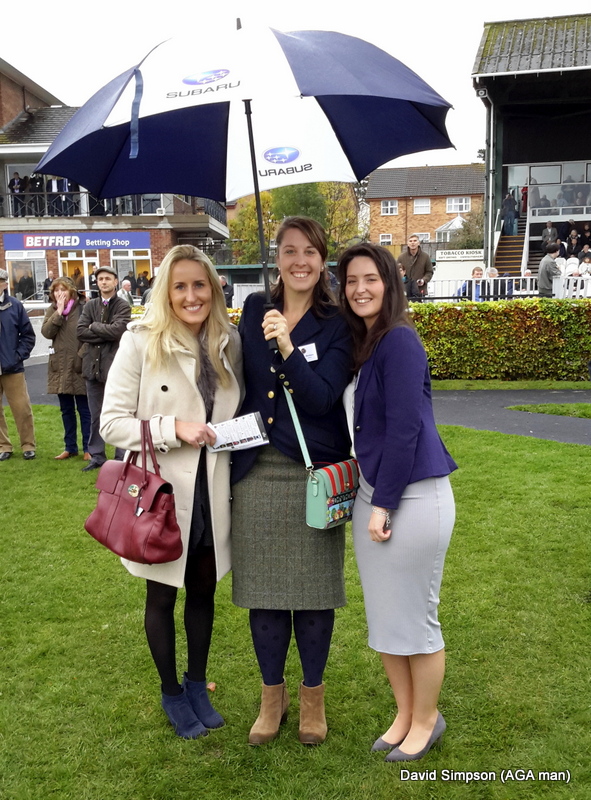 Under the rather smart Subaru umbrella are, L-R: Lucy Wheeler, Steph Holmes and Cara O’Reilly 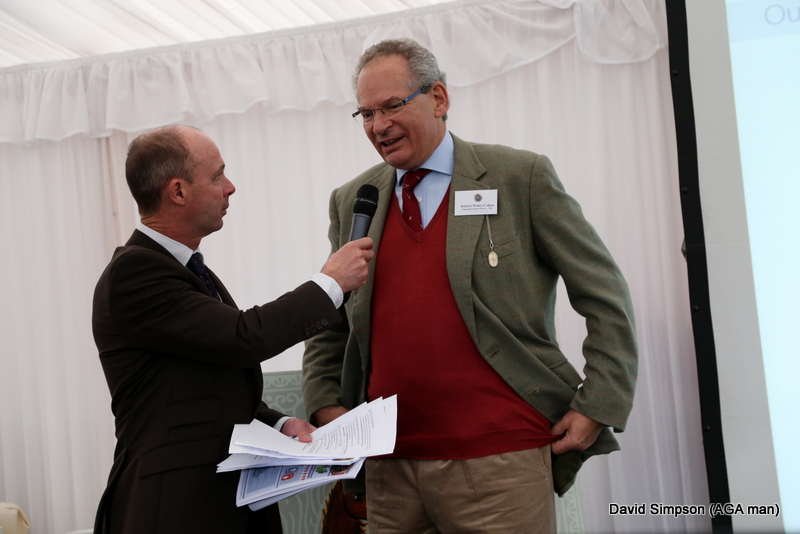 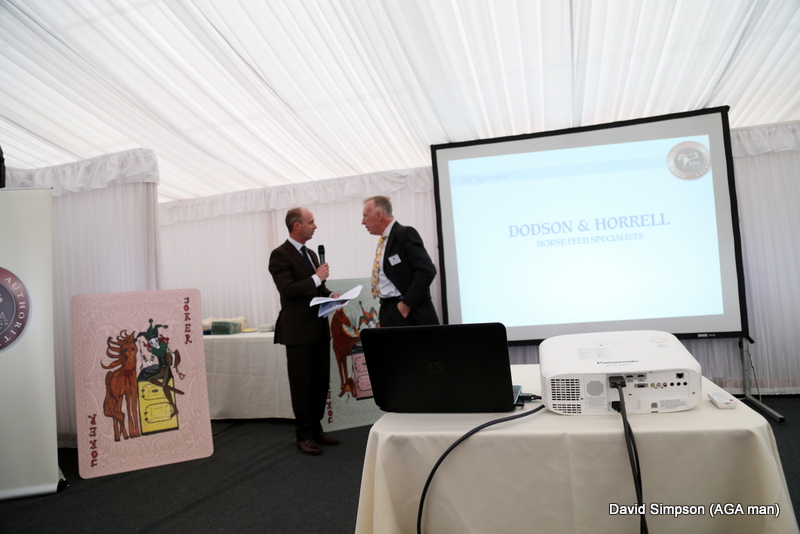 I’ve learnt an awful lot – and I’m still learning – during the last five years, but I’ve thoroughly enjoyed my time as the ‘AGA man’ and I’m proud of the impact that the AGA sponsorship has had on pointing. We’ve raised the bar considerably and also helped to raise the profile of the sport, in particular, ladies point-to-point racing. 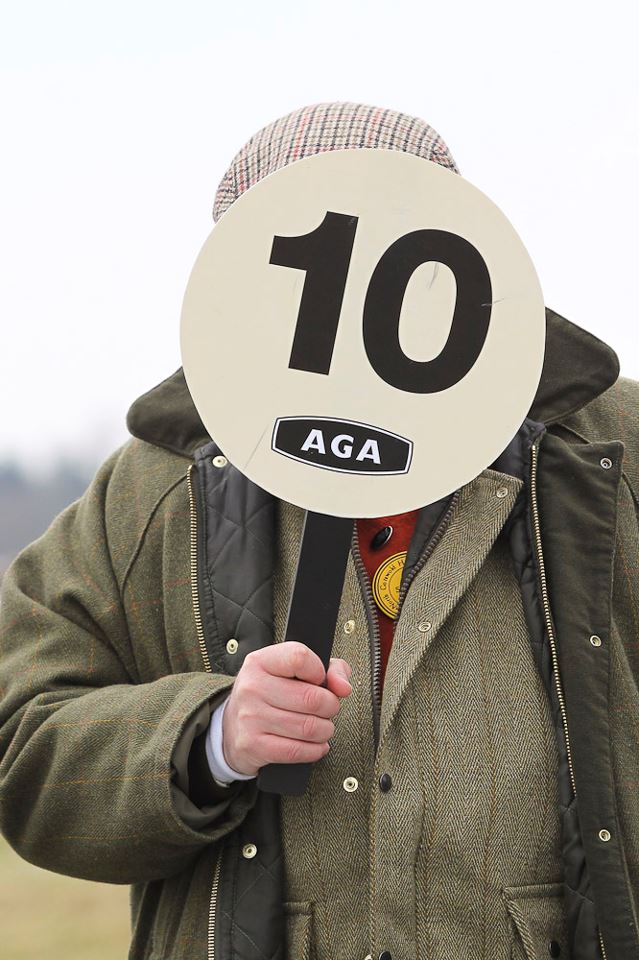 What next for the AGA man? I don’t know, although I’m certain that it will be exciting!