The AGA slogan is a ‘Warm Welcome Home’, and that’s exactly what we got on our return to Yorkshire!

We get a warm welcome from the point-to-point community wherever we go, but it’s particularly warm whenever we go to Yorkshire … we can even feel it when we’re just passing through! 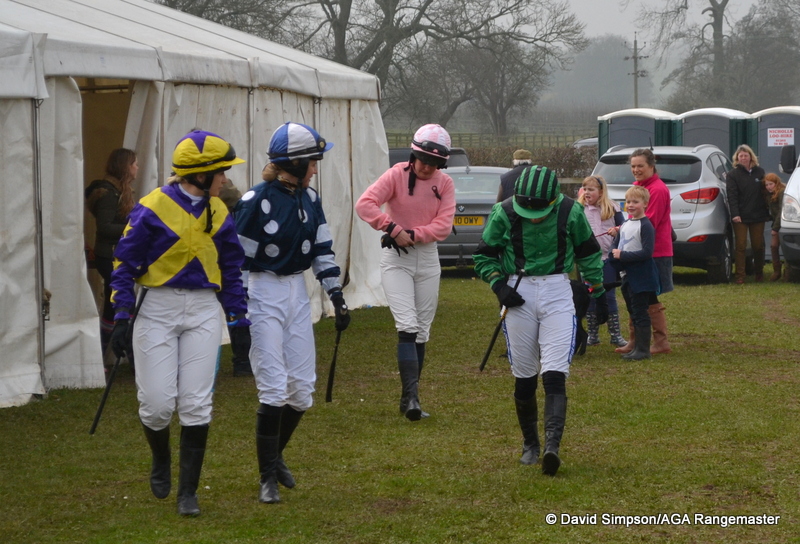 Some last minute adjustments as the girls head out for the first race … but there’s one missing!

Laura Clark – is this the biggest AGA supporter in Yorkshire? I think she qualifies for that award! 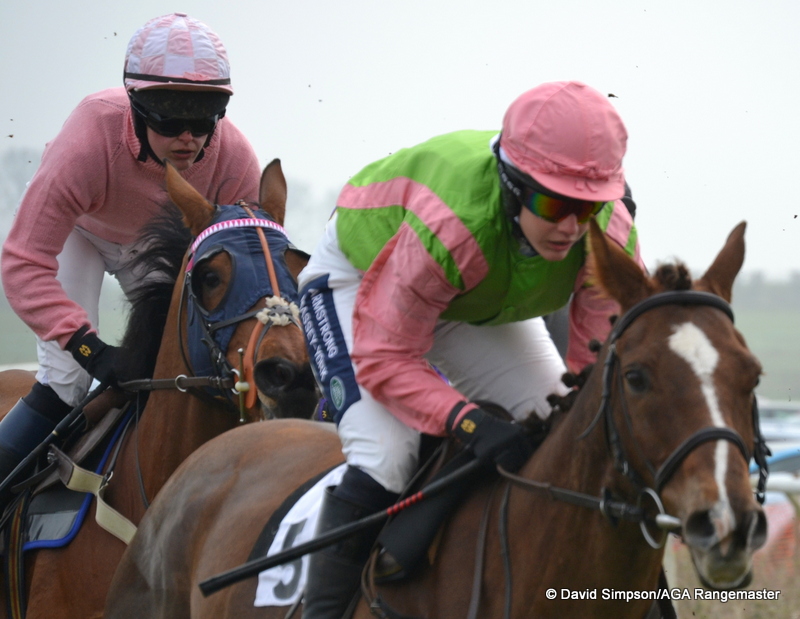 We were last in Yorkshire on January 12th at Sheriff Hutton – over 2 months ago – so it was good to catch up with our friendly following from the largest county in England. My mam and dad had also ventured down from Durham for a day at the races, the first time I have seen my mam on Mother’s Day for a number of years! 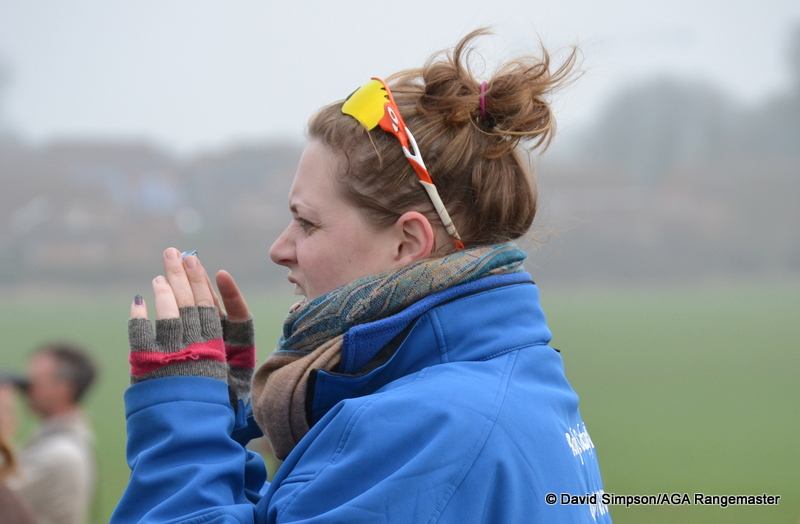 Sam Coward is facetiming someone and giving a running commentary … but who is it?

Sam Coward (aka ‘the lynchpin’) had received a special request from her mam (Cherry Coward), who is recovering at home following a nasty fall while out hunting. Cherry wanted a race commentary, nothing unusual about that you may think, but that’s the first time I have seen anyone giving a running commentary of a point-to-point race using facetime!

Joanna Mason and Royal Deal were sent off joint favourites & the pair finished like a steam train, closing fast on the eased down winner, which caused a few gasps and shouts from the crowd! 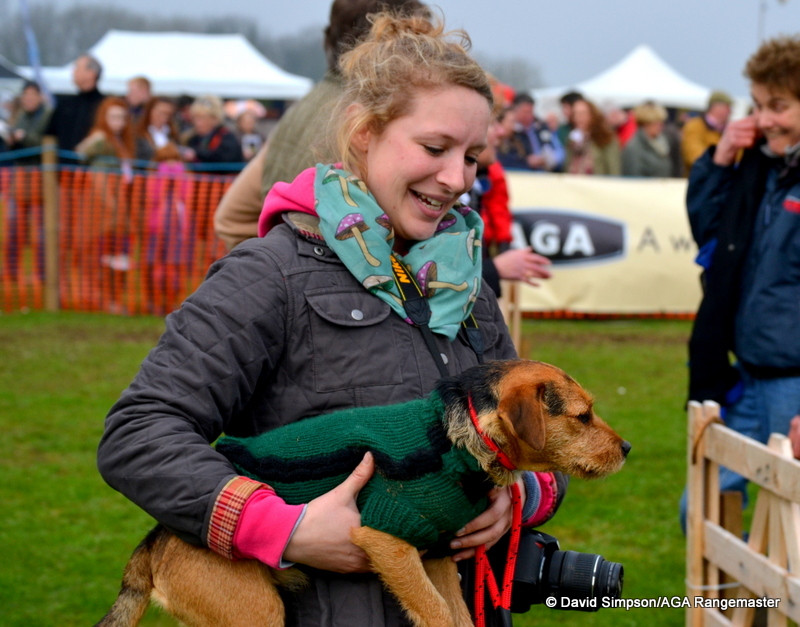 Jo Mason’s dog Pixie was in the capable hands of her sister, Laura

This was our first visit to Whitcliffe Grange and it was ‘hassle free’, very easy to find, a great welcome on arrival, and helpful, friendly people wherever we looked!

This group had a great vantage point for the Restricted race

If you come pointing in Yorkshire then you are sure to see Jacqueline Coward in action, and more often than not she will boot home a winner or two. She didn’t let her fans down and the Restricted was won in decisive fashion on Botany Cove, at a juicy 7/1.

We had an odds on favourite for the AGA Ladies Open race – Elusive Swallow, 4/7 – but it looked a competitive affair and the other five runners were all decent, including a couple of unknown quantities, Crash and Maxwil. 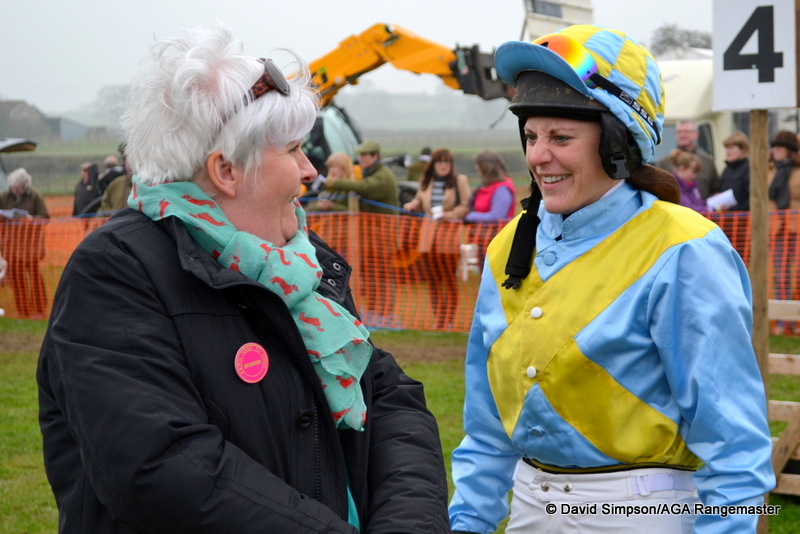 These two like a good pre-race natter in the paddock

With around half a circuit to go Jo Mason took Nosecond Chance into a commanding lead and she looked to have nicked it (with a ‘peach of a ride’), and I was already writing the headline for this blog post. Then it all changed as Elusive Swallow (held up for most of the way) made up the ground, with Jacqueline kicking on as they approached the last, only to be joined by Maxwil. 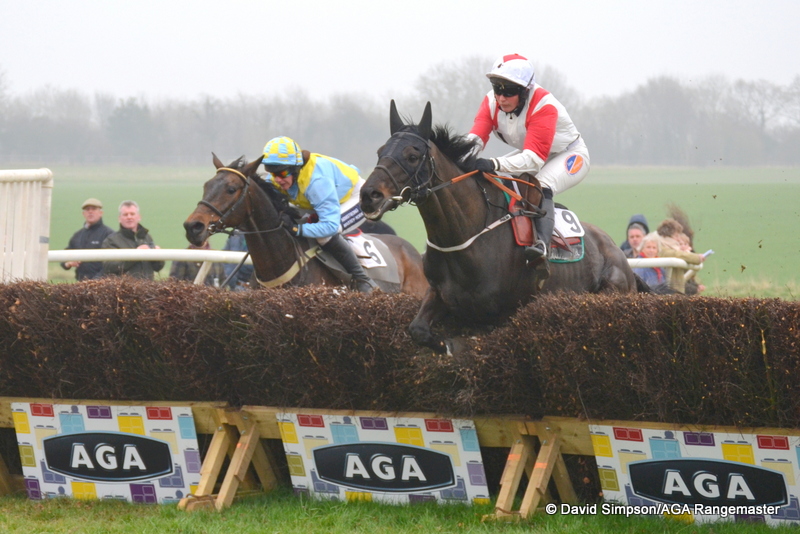 Maxwil is up and over (or through) first

Catherine Walton and Maxwil stretched away up the run-in to win well and give Catherine her 4th AGA Ladies victory of the season, from only 4 rides!

Jo and Nosecond Chance ran on well to finish 3rd, and all three deserve a lot of credit for the part they played in giving us yet another thrilling AGA Ladies Open race.

Me and Micky! A bit of a colour clash with my pink and his orange!

Winning owner Micky Hammond was all smiles and was full of praise for the girls in his yard who had done a great job nursing Maxwil back to full fitness.

It’s fabulous to have a northern (north-east) title contender and Catherine now has 40 points in the AGA championship for lady riders, with a 14 point lead over her nearest rival. She can get to 50 points (50 is the limit as only the best 5 results count), but there are 264 points still to be won so there is plenty of time for some of the other girls to launch their own title challenge. 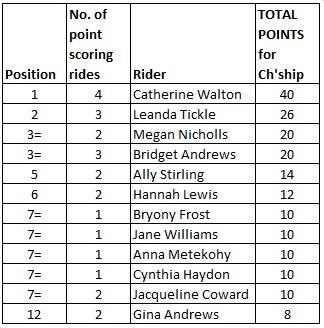 The AGA championship is shaping up nicely but the message from Catherine is ‘catch me if you can’!

Another successful day in Yorkshire was almost over, although there was still time to chat to a few more people, and to take a few more photos, including the one below! 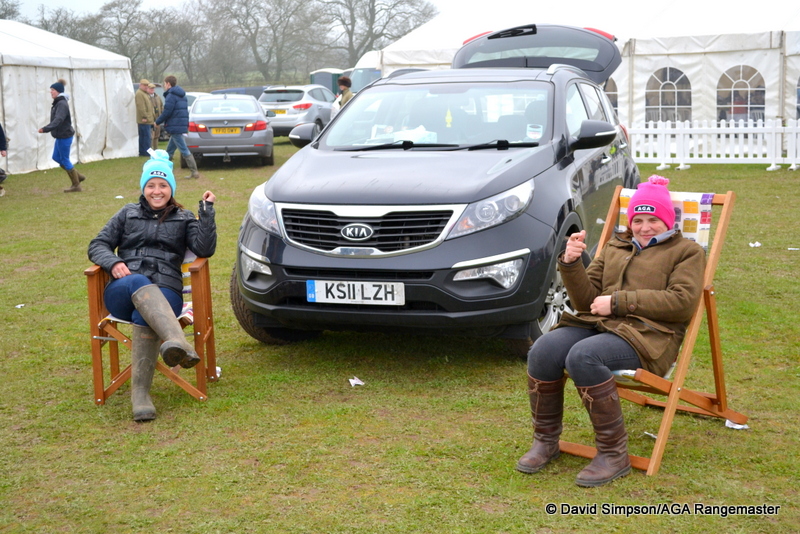 We’re back in ‘God’s own county’ on the 12th April (Bedale), although when I first heard Yorkshire referred to by this name I naturally thought everyone was talking about my home county of Durham! See you all at Hornby Castle!

He's A Knowall is a handsome lad and he makes his debut under rules at @bangorraces tomorrow for @oldgoldracinginsta and @paulwebberracing - good luck and come home safe. He won his sole start in a UK PTP bumper for @rowleyracing1 last December.
Must be take your dog to work day (again), Percy meets Starjac! @paulwebberracing
Australia Day enjoying some spring sunshine in the field today, he's 18 now and almost as grey as me! 😂
Good luck to this bonny little mare (Indefatigable) who will be strutting her stuff at @aintreeracecourse this afternoon. She goes in the @ryanair Stayers Hurdle at 3.35 for @paulwebberracing and @jack_j_cater will be leading up. It's live on @itvracing - programme starts at 2pm.
First lot this morn at @paulwebberracing some view!
Checking each other out at @paulwebberracing