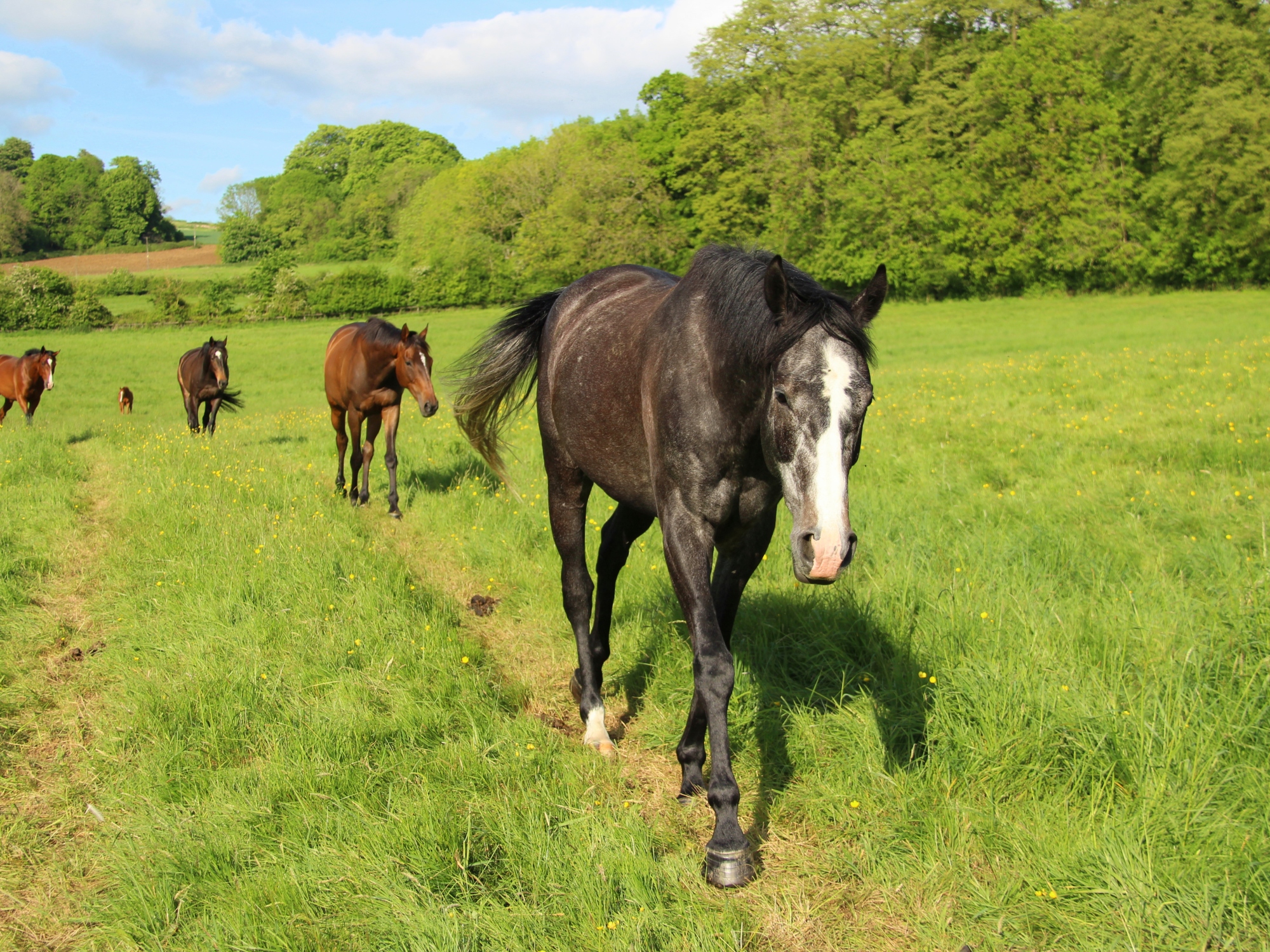 I first met Shrek almost a year ago (on 22 December 2016 to be precise) during a visit to Claire Hart Equine, and he made an instant impression. It was a combination of things, his size for starters – huge for a 3-y-o as he was then – his colour (grey) and his lovely nature. I see plenty of horses but this one went straight into the notebook – even though he was unnamed at that point!

This lovely grey (a son of Yeats) quickly established himself as a yard favourite and it has been fascinating to watch him progress throughout the year. I saw a lot of him during the summer months and two days in particular stand out – a wet day at the end of July and a nice sunny day in August.

He was pretty impressive on both of those occasions and quite photogenic too – in fact, he features in two of my favourite pics! The first is a group shot (above and below) from the rainy day in July where he lined up with Future Gilded (Sam), Pomme de Nuit (Rachel), The Real Snoopy (Grace), Scented Lily (Claire) and a Native Ruler 2-y-o called Roger (Robbie)!

That group photo features some talented horses and it has become quite iconic at Fern Farm. It’s the cover pic on the Claire Hart Equine Facebook page and it’s also been reproduced on a three and a half foot canvas! 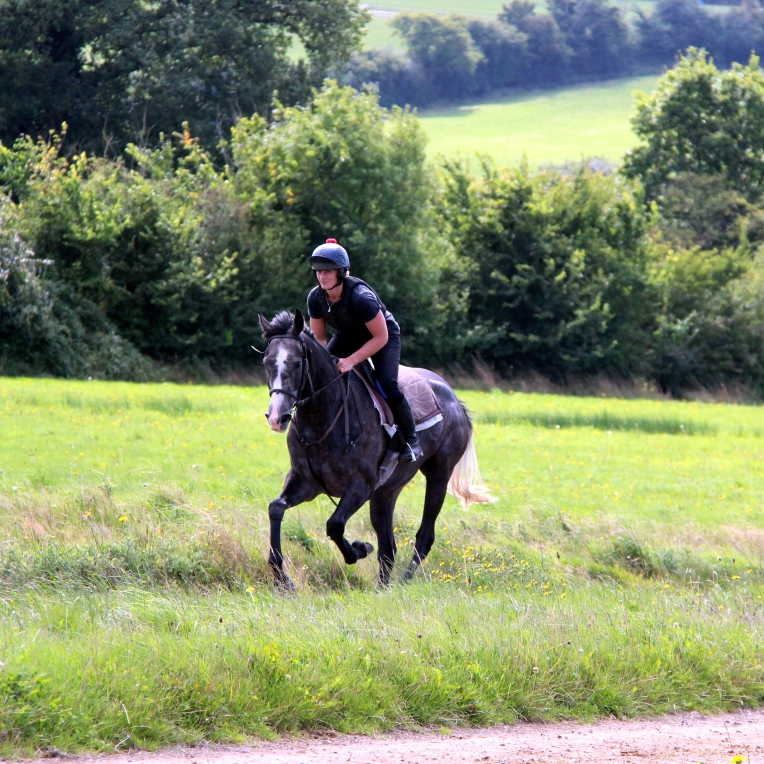 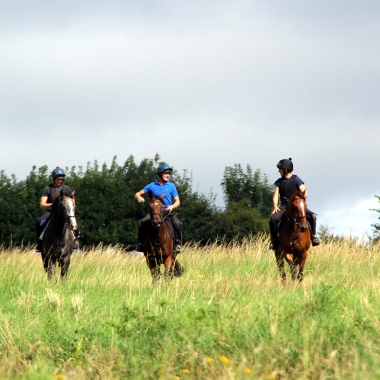 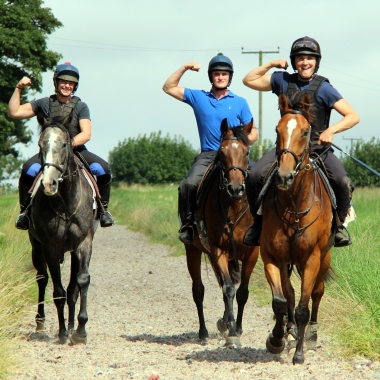 The second pic to qualify as a favourite is the one which will be forever known as ‘ARMS’ – above, bottom right. It features L-R: Shrek (Rachel), Perles An Icon (Robbie) and Leith Hill Lad (Sam), they line up in the same order below. 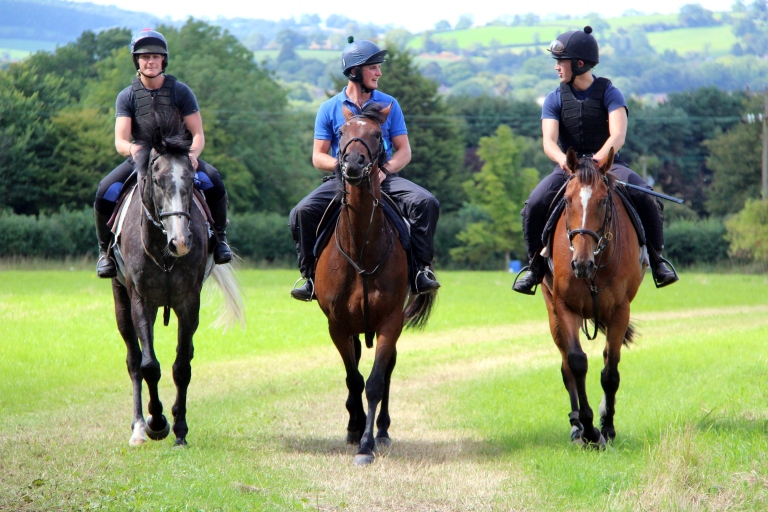 Fast forward to last week and Shrek – or Irish Odyssey as he is now known – was again the centre of attention at Fern Farm, along with some of his relations. They are Queen Odessa (who is also at Fern Farm), King’s Odyssey (who was 3rd in the Caspian Caviar Gold Cup Handicap Chase at Cheltenham Racecourse), and a foal by Walk In The Park who sold for €50.000 at Goffs (click here to read the full story). All four have the same mum, Ma Furie! 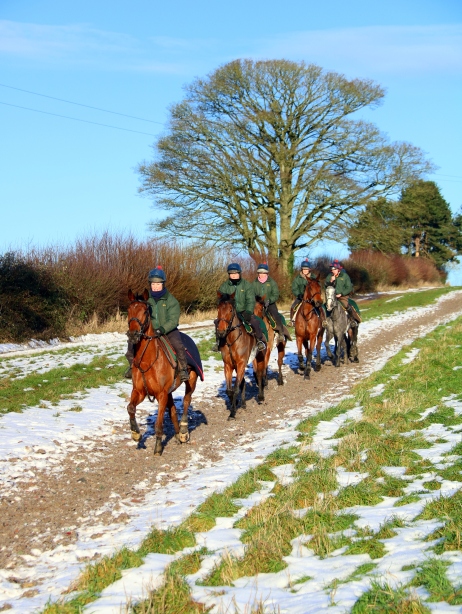 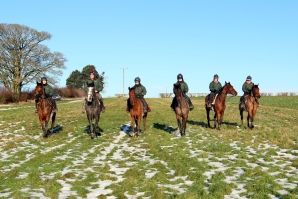 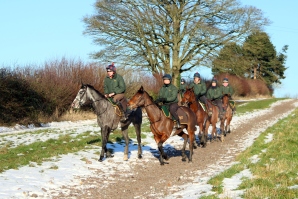 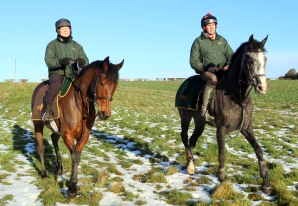 I popped along to watch his final appearance on the gallops in Adlestrop last Friday and he didn’t disappoint, nor did Queen Odessa (and both looked good – bottom right pic, above and front rank in both pics, below). 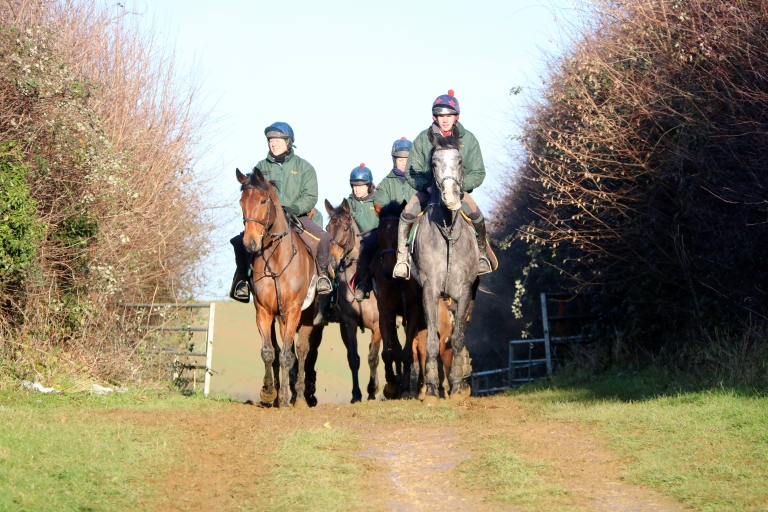 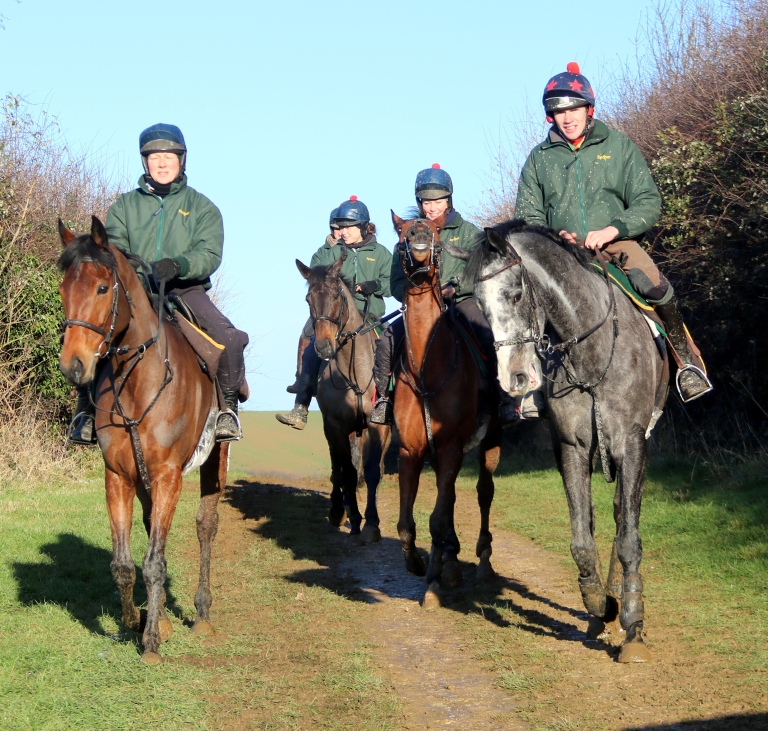 Irish Odyssey headed off to big school at Neil Mulholland Racing on Sunday and everyone at Fern Farm wished him well for the future. There was also a thank you from Claire and the team for Neil, and for Irish Odyssey’s owner, Jonathan Whymark, who are both great supporters of the yard.

Freelance photographer, Durham born & bred, support Sunderland AFC. Always interested in new opportunities, particularly if photographs and horses are involved, although I'm equally at home with a spreadsheet in front of me and with a pen in my hand, as I am with a camera in my hand! I also provide interesting and engaging content for social media channels. I'm a point-to-point horse racing enthusiast and I wrote a comment column for Horse & Hound magazine for three years. I also provide images and content for social media channels and websites, and occasionally for point-to-point publications. I put together 'The Big Reveal' naked calendar with Leanda Tickle during 2017 (pics/PR/sponsorship). Formerly known as the AGA man, love life, good food, gin & selfies. Also invented the AGA hat!