Catch up on another busy week at Heath Barn, which included a trip to Barbury last weekend (and a fall for me), get my thoughts on the music in the yard, plus get the trainers thoughts on our intended runners at Chaddesley Corbett!

The ground wasn’t right for our intended runner at Barbury so he stayed at home in his box and will wait for Chaddesley Corbett (more of that later), although we still went to Barbury as the champ and her brother, Jack, both had rides. The trainer stayed at home, although not in his box – hence the new sign!

The new sign was also joined by a weather vane and a clock – a productive day for Tom and Charlie! Although by all accounts it wasn’t a straightforward process and rumours persist that the trainer hoofed the tool box on more than one occasion!

It was a pleasant day at Barbury despite my little tumble as I climbed onto the course just before the Mixed Open. It was quite a fall and as it happened in full view of the crowd I’m amazed (and pleased) that nobody captured the moment on camera! I won’t bore you with any more details but if you speak to Big Al I’m sure he will fill you in, plus, his version is much more entertaining than mine!

I’m thoroughly enjoying every aspect of stable life, I love being part of this team and I learn something new every day, but, one thing is doing my nut in – the music. The radio (or wireless as I call it) is tuned to Radio 1 and it’s not negotiable. I have a broad taste in music but given the choice I’d be singing along to Radio 2, not ‘Rockabye bloody Baby’ every 20 minutes! I’ve nothing against Clean Bandit (they’re in my Spotify library) but the R1 playlist is a bit repetitive. I raised the subject with the champ but the ears were flat back when she replied so I won’t be venturing up the step ladder again for a while! 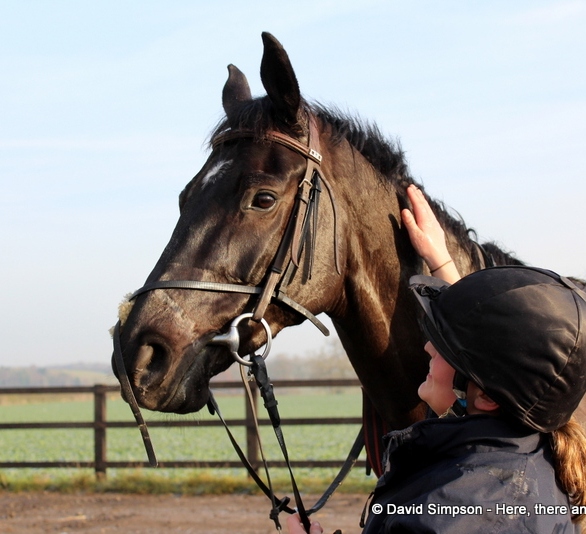 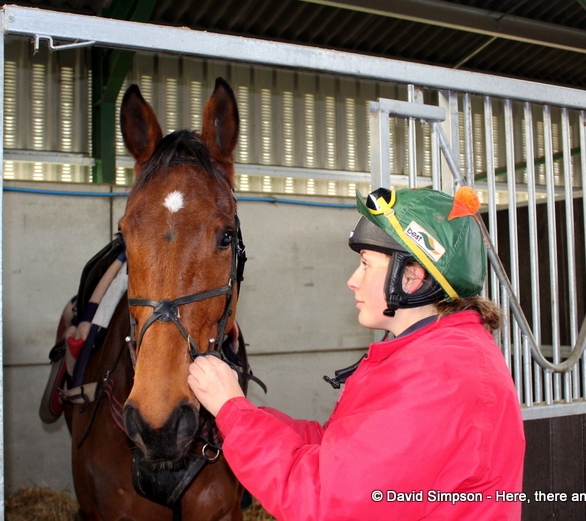 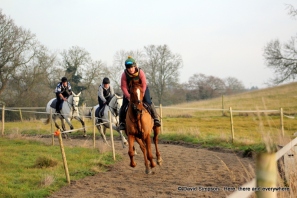 The build up continues to the busy festive season and as promised here are the trainers thoughts on our intended runners at Chaddesley Corbett:

Roysta’s Spirit (Kipper) – she’s a new horse for the yard and was bought for Kate Gowing to ride, she will have an entry in the 2m 4f Restricted. She’s a very big mare who has had two runs (finishing 2nd and 1st) and will want a bit of cut in the ground.

Total Compliance (Toby) – will be entered in the Conditions race but he has to carry a 7lb penalty. There are limited opportunities so he will take his chance, both the trainer and the champ take the view that the conditions are ridiculous.

Vedettariat (Terry) – another new horse who was bought privately from the Willie Mullins yard. He will be entered in the Ladies Open and it will be a case of finding out what we have got.

Bilzic – came to us from Dan Skelton and he has some good form under rules, he is now owned by the ‘Oak Partnership’ and we hope he will be more than capable of winning a maiden. Will be entered in the 2m 4f Maiden at Chadds.

De Pilgram (Billy) – one of the two horses in our ‘Ice and a Slice Racing Club’, we will be looking to pick up a maiden with him and we hope he will give the Racing Club some fun this season.

Our ‘Ice and a Slice Racing Club’ will be cheering home their first runner at Chaddesley Corbett on the 27th December (De Pilgram) and I’ll hopefully be leading him up (unless the trainer changes his mind). There are some real characters involved in the club this season and we still have some spaces if you would like to get involved – fun (and gin) is guaranteed!

That’s all for now but later in the week we’ll have more on our intended runners for the festive period, some pics and videos from a great schooling session, news about my first ever ‘comment’ in Horse and Hound, and my thoughts on the yard Christmas party!